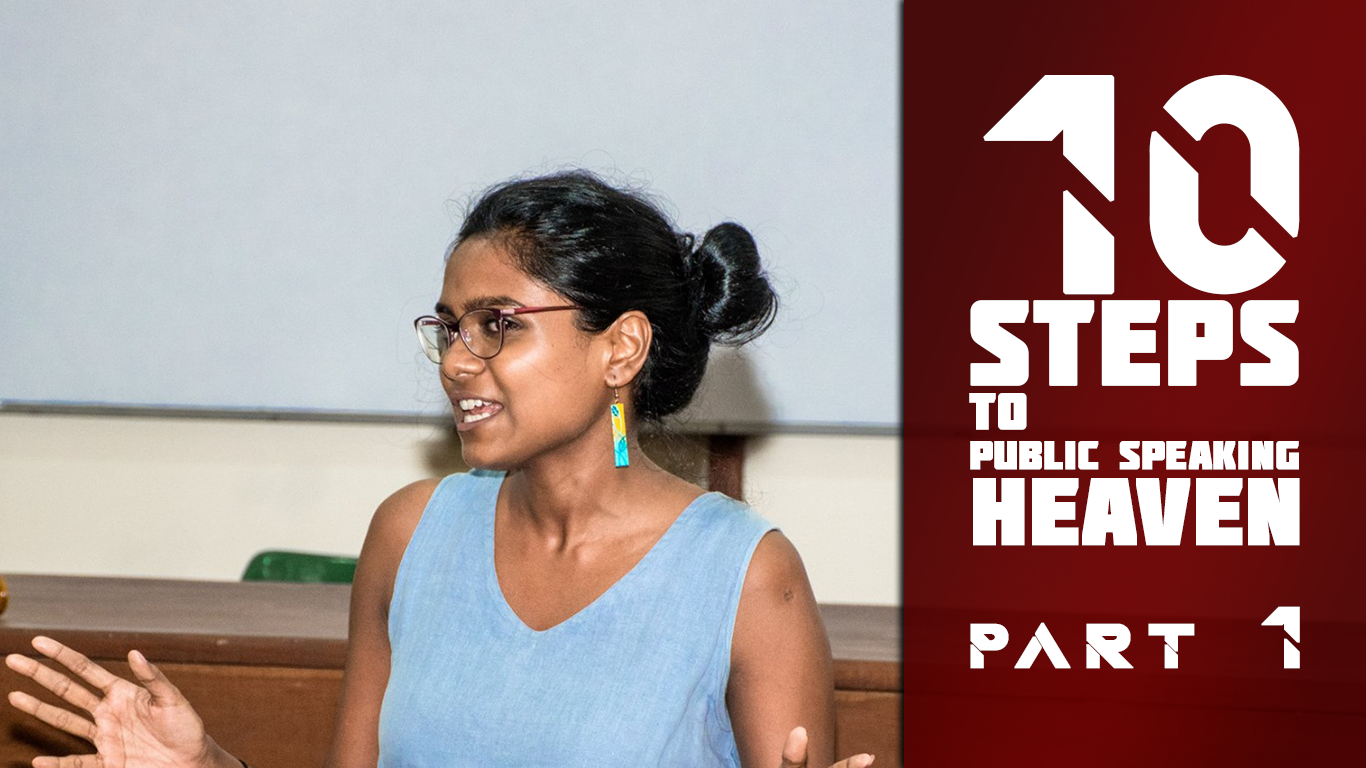 As a student of Mathematics since my school days, I’m familiar with the system of education where we learn a difficult concept one baby step at a time. Let’s take Calculus for example. We learned basics of addition, subtraction, multiplication and division as kids. Then we learned basic algebra, followed by Integration and Differentiation at school. Now at the university, we learn even more advanced concepts. I was wondering if there was a similar system to learn the art of communication. Guess what? There is a such a syllabus at the Gavel Club. It’s called the Competent Communication Manual.

The Competent Communication manual is aptly sub-titled “A Practical Guide to Becoming a Better Speaker”. It comprises of 10 projects which gradually develop you from the level of a complete beginner to that of an inspirational public speaker. What are these 10 steps to public speaking heaven I hear you ask? They are:

Kawmadee joined the Gavel Club recently, and she is a complete newbie to public speaking. In short, she’s so afraid to get on stage, that she starts shivering at the sheer thought of it. The club assigns Gv Abishake to mentor Kawmadee and make her a better speaker. Let’s follow Gv Kawmadee as she begins her journey to become a better public speaker.

The first step for Kawmadee is to get rid of her stage fright. So, her first speech is about a topic she knows a lot about. The same “Myself” speech she did when she was a little kid at school. This speech serves two purposes. The first being to get her started speaking in front of an audience. The second is for her mentor, Abishake, to figure out what speaking skills she already has, and what skills she needs to work on.

By now, Kawmadee has lost a huge chunk of her stage fright. She’s confident enough to take on her second project. This time, she must create an outline for her speech which allows her audience to easily follow what she has to say. She should have an opening which catches the audience’s attention. The body of her speech must support her idea. She should conclude in a way that reinforces her idea. Abhishake adds that the transition from one part of her speech to the next should be smooth.

Get to the Point

Every speech must have a general and specific purpose. A general purpose is to inform, to persuade, to entertain or to inspire. A specific purpose is what you want the audience to do after listening to your speech. Abishake tells Kawmadee that having a clearly defined purpose helps her to organize her speech better. Further, since this is Kawmadee’s third prepared speech, she should start controlling any nervous feelings that she gets before going on stage.

How to Say It

By now, Kawmadee knows how to organize her speech according to her general and specific purpose. But Abishake has detected a small flaw in her speeches. Kawmadee being a Computer Science student, uses a lot of technical jargon that the pure mathematician Abishake (let alone the poor Arts and Management kids) finds hard to understand.  So, our prospective public speaker needs to work on selecting the right words and sentence structure which would help communicate her ideas clearly, accurately and vividly. Her mentor also advices her to use rhetorical devices such as similies, metaphors, alliterations and triads to emphasize ideas. By now, she is also expected to use correct grammar in her speeches.

Body language is an important part of public speaking. Now that Kawmadee is 5 speeches into her journey as a public speaker, Abishake introduces her to proper body language management during speeches. All she must do is to make sure that her stance, movement, facial expressions, and eye contact are purposeful and are useful to express her message. However, she shouldn’t exaggerate her movements. She should make it smooth and natural so that the audience isn’t distracted by it.

Now Kawmadee is halfway through the Competent Communication manual. She has lost her stage fright. She knows how to organize her speeches to match her purpose. She knows how to word her speech for the listener. Also, her body language enhances her ideas.

Stay tuned for Part 2 of this article, as we explore how our prodigy fine tunes her skills to become one of the best public speakers out there.