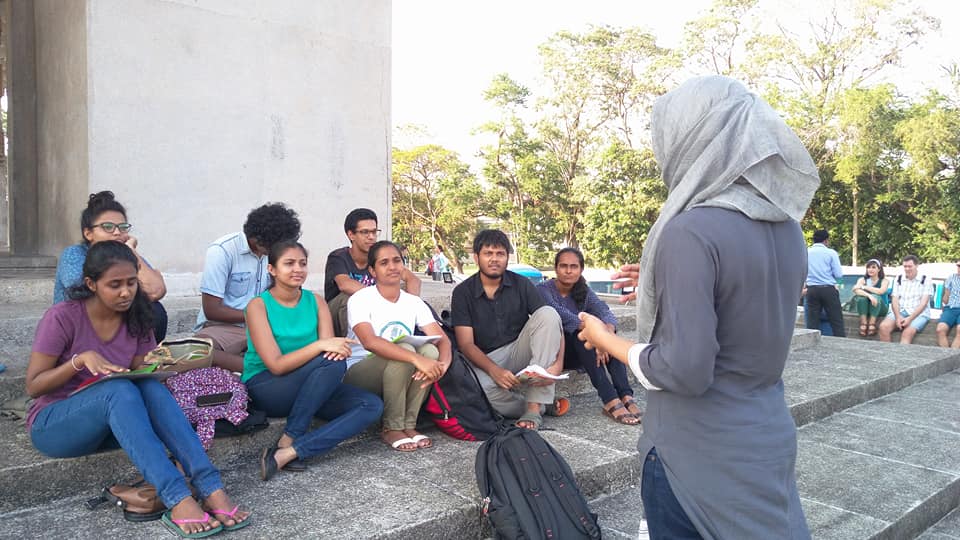 Breaking the norm for the second time, Gavel UOC held its 118th educational meeting on the 21st of March at the Independence Square due to the ongoing nonacademic strike. Rather than being confined within four walls it was so exciting to have a meeting outside in a more open space with a gentle breeze. It was more like having a GUTT session than another educational meeting.

The meeting started off with an Icebreaker speech and went on with two more prepared speeches (a CC1 and a CC2). Listening to three different amazing speeches we got the chance to come to know an unrevealed side of each speaker. We woke up from a nightmare, floated with the breeze and learnt about Exes and Laws of attraction.

After the second speech the meeting had to be shifted to the stone hall from greenery as we had an unexpected visitor; a street pooch that in a way scared some of us.

The Table Topic Session was quite interesting with a new way to select the topics where each one had to roll a die to get the relevant topic number. During the impromptu session we got to know some interesting facts about Panda bears like how important it is to protect them as they are endangered, the purpose of having big matches as a way of building unity while having fun and how we can learn and turn around our lives from mistakes.

Taking part in weekly educational meetings is a good way to polish up your oratory skill, to overcome stage fear and to share your thoughts freely with the audience. Despite of all the distractions happened due to the venue shift, we were able to have another memorable session with a wide range of insightful ideas and thoughts.