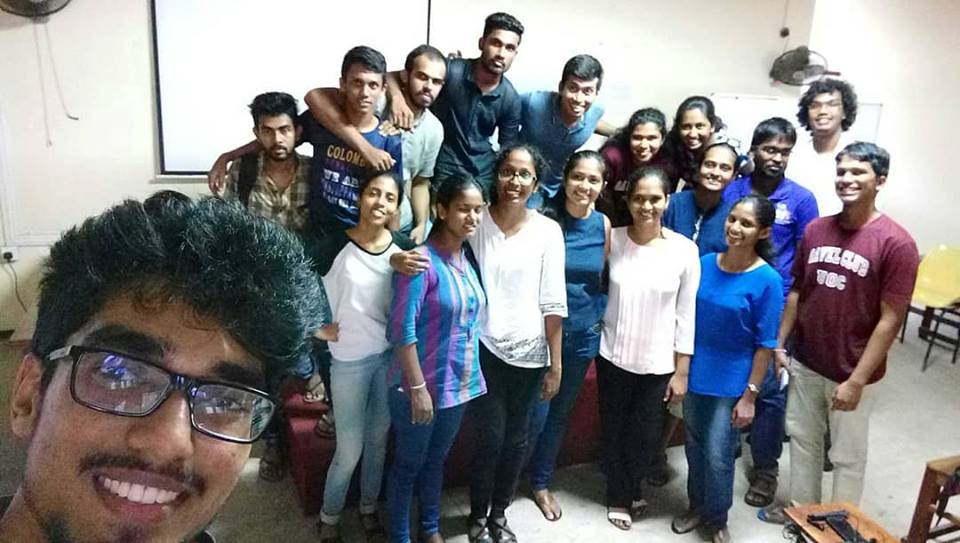 A moment can last forever if it’s experienced whole heartedly and at the same time it may take years for us to realize that we’ve spent our time in the worst way possible. The best use we can make of it is to live in the present, to focus on what we are doing right now and appreciate every moment making it lasts forever.

Drawing themselves out of assignments, in-class and research mood, UoC gaveliers rushed to Hall C in faculty of Law for another gathering of their family away from family. It’s the 126th  gavel meeting that added plentiful memories to their gavel diaries that would last forever.

The spirits were high when our madam president Gavelier Vimukthini, with her usual charming smile, initiated the meeting by welcoming all the gaveliers including the many new faces drawn to the club. The proceedings were then handed over to the Toastmaster of the day ; Gavelier Lilani.

After giving a chance to the newcomers to introduce themselves and introducing the role players for the day, it was time for the round robin session. Many controversial ideas were expressed by our gaveliers blending with the theme “How long is forever?”

“Your Flip-flops are hideous !”..… It was Gavelier Harith who delivered a wonderful speech leaving an engrossing message to all of us. “It doesn’t take a lot of effort or money to look good but the confidence gained from it is immense.” He emphasized on the fact that clothes are a powerful tool communication that should be taken seriously.

Cheers and kudos to the truly beautiful creativist of our gavel club for completing his 9th CC project. As always, he took us on a dramatic voyage during his speech. Gavelier Harith during his speech

Following the prepared speech session, the Table Topics Master introduced the topics for the day, encouraging the members with a dash of enthusiasm. Gaveliers poured out their heart and soul eagerly sharing their magnificent views on the creative and diverse topics, taking the house on a roller coaster ride of emotions.

Things got more excited and curious as an expressive and impressive gavelier stepped on to the stage. For me personally, he is one of the charismatic personalities I’ve ever met in my life (no exaggerations). He’s none other than Gavelier Fadil Iqbal aka the “Cycling Pissa”. He had a truly mind blowing story to share with us ; his success story of cycling around the island in 9 days, an achievement few had ventured before. Gavelier Fadil sharing insights with us

His creative thinking, undying effort, courage and passion had led him to what he is today. His words are truely inspiring and they insisted us that no matter what, we too can reach to endless possibilities with an abundance of irresistible ideas of true worth and value. It was indeed a great pleasure to have our very first VP-Public Relations back at a meeting.

The meeting sailed smoothed and the reports were read. The table topics evaluators, Gavelier Amra and Gavelier Vishmi provided insightful evaluations encouraging the speakers further. Our general evaluator none other than the humble young gentleman , president elect, Gavelier Lawan gave us a very descriptive report about the meeting. The control was then given back to the Toastmaster.

Thus, the meeting adjourned on a high note. Bidding goodbye to the creators of another beaming Gavel meeting, gaveliers dispersed with renewed enthusiasm only to meet again in a weeks’ time.