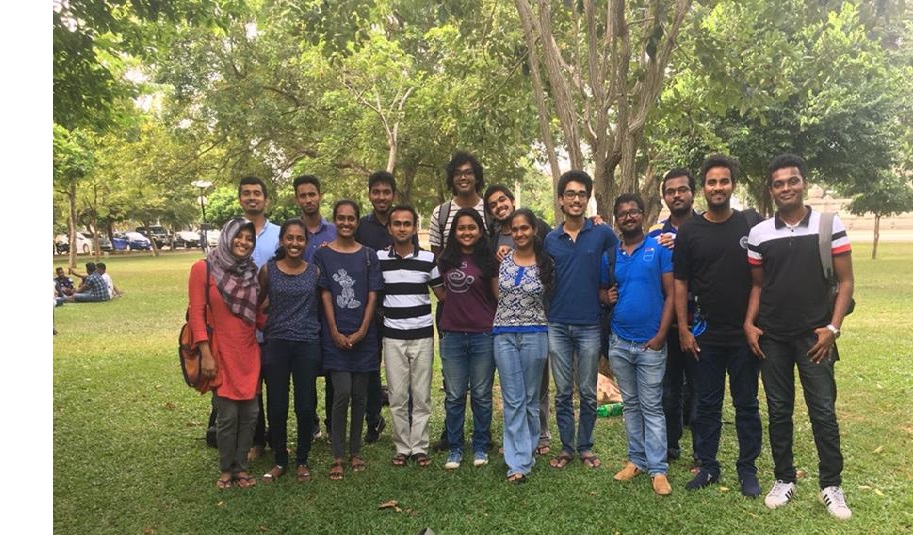 Everyone has differing opinions about death. Some have come to terms with the fact that “everyone dies” while others still shudder with fright at the very thought. On the 29th of July, the Gaveliers from the University of Colombo gathered under the trees in front of Independence Square to discuss about this intriguing topic for the last Gavel Under the Trees (GUTT) session of the outgoing executive board. To make things interesting, this session was classified as extended as we embraced the presence of Gaveliers from different institutions such as the University of Peradeniya, SLIIT, and NSBM. Even special invitee TM Yasir Harris dropped by to add his views on the topic.

The meeting began with a general warning by our madam president, Gv Vimukthini, to everyone (especially the invitees from other gavel clubs) that GUTT sessions usually go out of hand if the conversation turns controversial at some point. With that in mind, each participant voiced their opinions on what the terms ‘good life’ and ‘good death’ meant to them. While the views about a ‘good life’ were diverse, most of us generally agreed that there was no such thing called a good or bad death; only an instantaneous event called ‘death’.

The discussion took a turn towards the sub-topic of what would be the ideal way our bodies should be treated after our inevitable deaths. Popular views were green burials, finishing the rites within 24 hours, donating the entire body to science, and donating body organs (except certain kidneys) to those in need. However, there were unique opinions such as dissecting the body into many small parts to be buried in as many different locations.

The discussion took a spectacular twist towards a discussion on religions when the view that “our idea of death depends on what our religions taught us” was brought up. The session quickly turned into a 4-man discussion between Gv Fadil, Gv Warren, Gv Harith and Gv Harinda. Most of the participants became spectators to this war of ideas about what different religions say about death. However, order was restored with Gv Vimukthini asking for a round of opinions about how religion affects our view of death from everyone gathered.

The session was then wrapped up in true Gavel style with refreshments brought in by most participants being shared around. These even included home baked doughnuts by Gv Harith and sandwiches by Gv Vishmi. After the customary photographs were taken and pleasantries exchanged, the gaveliers dispersed with the knowledge that each religion has differing views about the same fundamental topic of death and that it is mostly our beliefs that guide how we react to such an inevitable truth.