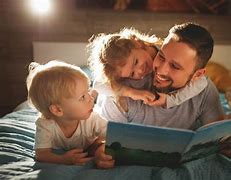 Yes! We all loved superman when we were kids. We all wanted to fly across the planet wearing a red cape just like superman at some point. But when we grew older, it was clear that cartoon heroes aren’t the real heroes in life. The real heroes, who might not be able to fight against aliens to save the world but fight day and night to bring food to our table, to protect us. They sacrifice their lives to see us happy and to make our dreams come true. That heroes are non-other than our very own fathers. The real superheroes in life.

The Meeting started with the two club presidents GV Uditha from UoC and GV Amaya from UoM calling the meeting to order, by giving controls to the Toastmaster of the Day GV Kaveesha from UoM. He did a marvelous job of keeping the meeting flow going and making sure everything was on time. He first introduced his team of evaluators – General Evaluator GV Ganeshiny (UoC), Ah counter GV Ashminie ( UoC), Timer GV Charithma (UoM)  and the Grammarian GV Janidu (UoC).

Then he invited the Round Robin Master of the Day, GV Sasinidu from UoC, to conduct the Round Robin Session. This Session was a bit too emotional for everyone since all Gaveliers shared their personal stories about “How a father can influence a child’s life?”. Even though each Gavelier got 20 seconds to speak, the stories they shared were heartfelt and timeless.

After an emotional RRS, UoC Gaveliers along with UoM Gaveliers made a record on the UoC Gavel journey by listening to 12 Table topics at a single meeting.  TTM GV Chamika from UoM gave us a little surprise by actually telling the topics beforehand. It was really nice of him to show us the topics and give us a little time to prepare for the topics (Mora style). But as you all know here in UoC gavel we normally don’t show the topic until you pick a number to speak. So yes, it was nice to go easy for a change. Plus he even gave a nice description of some topics to understand the topics even better. TTM GV Chamika had prepared 13 topics to talk about our heroes, and with a blink of an eye 12 topics were taken by our Gaveliers (we had to stop at 12 since the time was up for the table topics). All 12 speakers did a marvelous job on speaking, in fact, some of the speakers even went on Wikipedia level to elaborate on their topics. Soon after the TTS, evaluators gave their evaluation for the 12 speakers (again Mora style). Apart from the timer and ah counter, Table Topic Evaluators – GV Nikila from UoM and GV Aloka from UoC gave a very descriptive evaluation for every speaker.

Prepared speech session was next. The audience was blown away with the two prepared speeches done by two UoC Gaveliers. GV Dasuni gave her CC3 on the topic of ” You are not Them”, and GV  Tharindi completed her CC2 with ”It’s okay to not be okay”. After an evaluation report from the timer and ah counter, Prepared Speech Evaluators- GV Uditha from UoC and GV Akhila from UoM gave a strict evaluation for the two speakers. To conclude the evaluation process grammarian GV Janidu and the General Evaluator GV Ganeshiny from UoC gave their reposts to the audience.

After that, the Toastmaster of the day GV Kaveesha gave the controls back to the two club president to adjourn the meeting. Like at every virtual UoC Gavel meeting, we did not forget the 10-second straight smile face for the camera to capture the virtual selfie, and this time we smiled with Gavel Mora.

Then we all had some fun with the Zoom screen by doing a Pictionary game. It did turn into a guessing battle for the exciting Gaveliers from both clubs.  If you are a UoC Gavelier, you know that plain tea session is a must-have after every Gavel meeting. This time it was special since our friends from Gavel Mora also joined for our tradition. I must say this meeting was a true joint meeting where the two clubs join their traditions. Finally, after 2 hours of gossiping at the plain tea session, Gavel UoC said farewell to Gavel UoM.

We celebrate Fathers’ Day once a year, but we all know that one day is not enough to appreciate the love and scarifies they gave us. So let’s not forget to do our part in their lives as well. With that been said, Happy Father’s Day to all the dads and paternal figures out there. Thank you for always being there for us; you are one in a million.