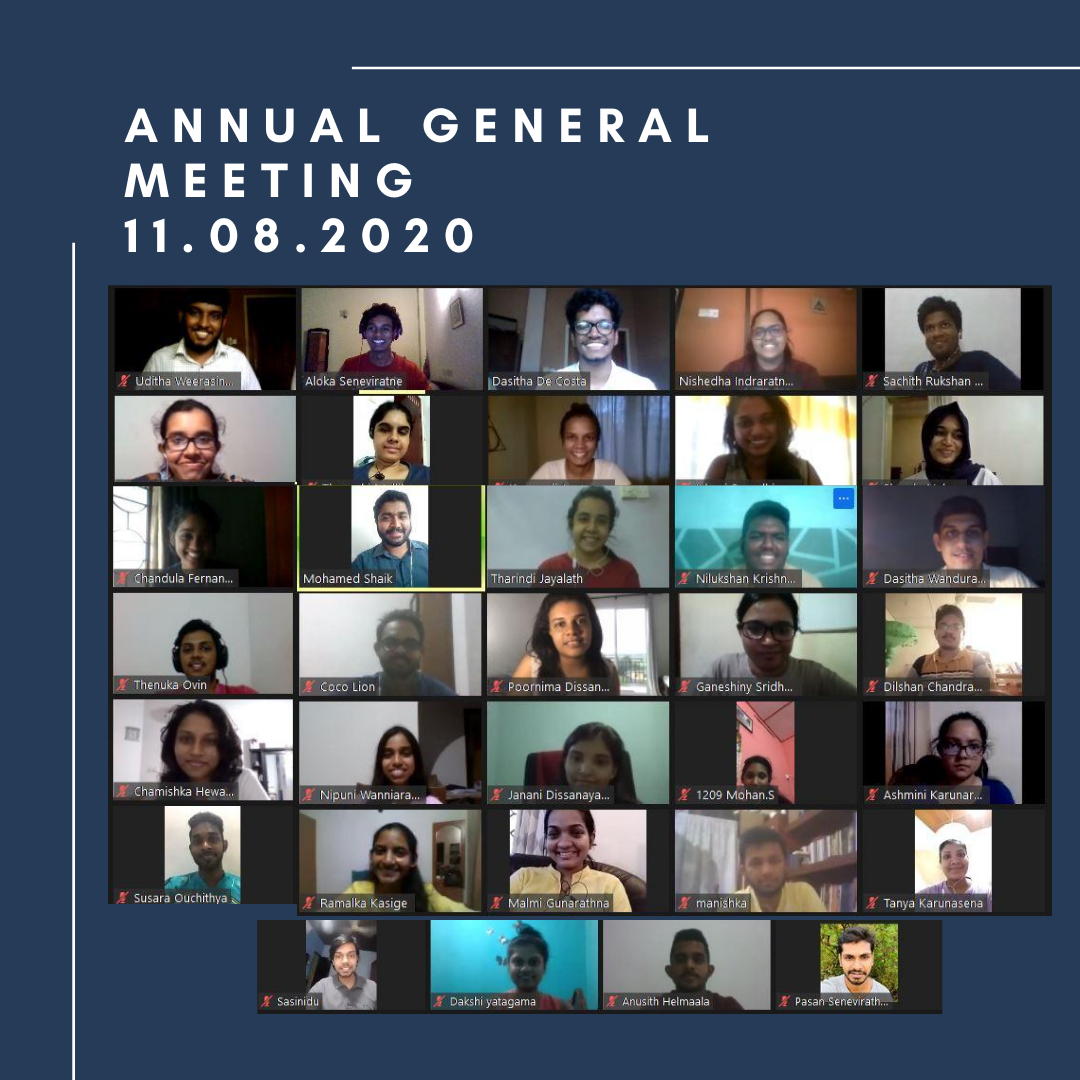 Time flies in just a blink of an eye! I still remember the day we had our AGM, the day we got elected as the new ExCo for 19/20. And here we are now appointing the next ExCo for the term 20/21. It has been over a year but it feels like yesterday.  if I’m correct, ours has been the craziest so far. Strikes, Easter Sunday attacks, a world pandemic, and whatnot. A year with disasters in the world, which made our term very challenging. Yet, here we are having reached the best standards, making everything happen. Oration, Transcend, online meetings, An Educational Initiative, mentorship programs, workshops, initiating new article series, Gavel outings, etc. But most importantly we have made memories for a lifetime. Memories we wouldn’t have any other way. It was a crazy journey, but with the Gavel fam, it was the craziest. And we wouldn’t change anything that has happened along the way.

11th of August was the D-day for both the soon to be retired ExCo and the soon to be appointed ExCo. And yes this was the first-ever virtual AGM in our Gavel history. The meeting started with our soon-to-be-retired president Uditha Weerasinghe calling the meeting to order for the very last time. Then he asked his secretary GV Thanushi Mallikarachchi to give the annual report for the term 19/20. Then his treasurer GV Rukshan Dikovita took the virtual stage to elaborate on the expenses of the club for the year 19/20. Next, it was the soon to be retired VP Education GV Nishedha Indraratne’s turn to bring back memories of the all the fun meetings we have had in this term. 33 meetings guys! We had 33 educational meetings, plus 12 joint meetings with several of our dearest Gavel clubs all over the country. I must say that theme meetings were my fav from all the meetings. (and you know why I’m saying this if you have at least come to one themed meeting.) Then our senior treasurer Dr. Nadeeka Basnayake motivated us all with her words. The next part was very emotional to the 19/20 President, where he recalled his Gavel journey so far.

Then it was the time to officially introduce the new Executive Committee to the club.

Then finally for the very first time our President-elect for the term 20/21 Dasitha De Costa addressed our Gaveliers to extend his gratitude towards the pervious ExCo for trusting him as the next leader of the club and giving him a very capable team. And then he officially adjourned the meeting for the very first time with a bang! (literally with a bang, we actually thought he might have broken the gavel, with the sound that came with it). But hey! That’s the sound of a super start!

Good luck New President and his team. Make us proud!