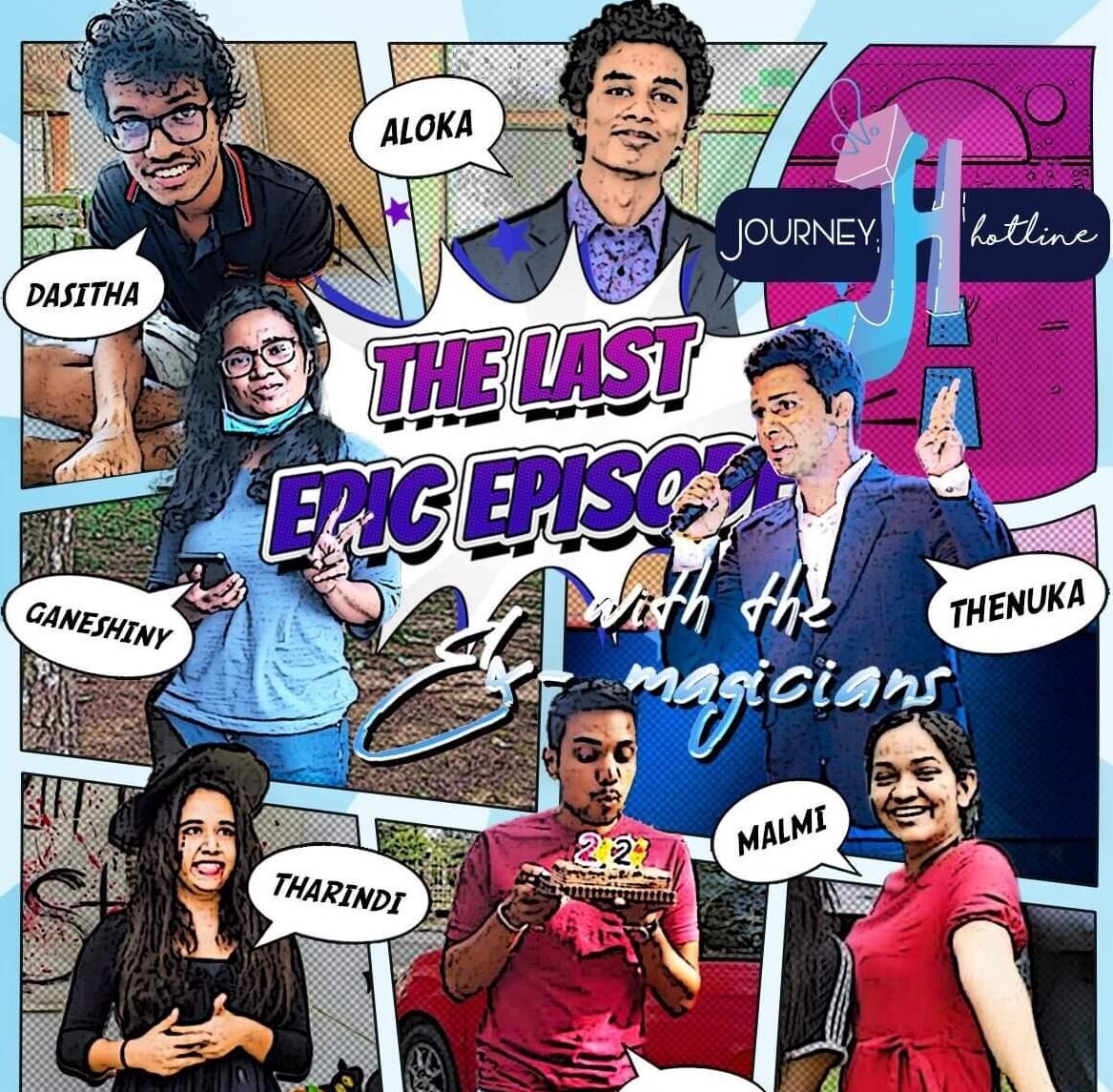 Well, it was the moment, the moment we had all been waiting for, but the ‘Ex-Magicians of Gavel UOC’, had not so much.

From epitomizing quintessential leadership and inspiring the generation to come, to spilling the beans and jeopardizing their own self-esteem, these senior Gaveliers went through 2 hours (give or take) of wonderful merrymaking and emotive reminiscence.

What do you love about the art of public speaking?

That was the first question the host, GV Theshani, threw at the gang. The answers were simple and straightforward. They all stressed that public speaking is an important skill that everyone needs to have. It’s an art that needs to be mastered, even if you are fluent in the language. Almost everyone initially struggles when it comes to speaking in English, but it’s important that you do not shy away. And Gavel is the best place to overcome your fears and put the first stride forward.

It was quite ostensible that the ‘Oration 2020’ did play its part on the Gaveliers, as both GV Malmi and GV Ganeshiny fondly recalled how truly momentous it was, in their journey so far.

Well, neither does a van carrying 10 people that is only built to carry a maximum of 4, as its breaks wouldn’t work because of the overload of weight.

That’s how GV Dasitha de Costa related to the notable phrases “Gavel never stops” & “Gavel is not just a club, but a family”, recalling how they squeezed 10 people into a small van and almost traveled to heaven, showcasing that no one in Gavel is left behind, both literally and figuratively.

GV Aloka pointed out how everyone knows everyone more than in an official aspect, as he recalled how all of them got together and cheered GV Susara up via a Zoom call when he had to spend time under quarantine, which in turn was an epiphany for the latter as he was made to realize that Gavel is a family.

Furthermore, GV Tharindhi, GV Malmi, GV Sasinidu, GV Thenuka, and GV Ganeshiny all came up with their own anecdotes to why and how gavel never stops, and it is indeed, a family.

Never Have I Ever

Well, this is where things escalated a little. Let me get these straight.

The challenges that you faced as a leader, being a part of the team

“You can’t please everybody” was the bottom line of what GV Dasitha had to say, elaborating how certain decisions need to be taken for the betterment of the club.

The rest emphasized various aspects such as learning to keep the commitment despite coming across obstacles, balancing work with studies, communicating effectively, adapting to the changes, embracing different experiences, and having a strong vision, and so on.

Then GV Anusith ‘The Giant’ took over the baton from GV Theshani and conducted a very fun game, where he asked a particular question and the rest had to answer on who matched the question the best.

There was a close battle between GV Sasinidu and GV Aloka for the title of the handsome guy, but eventually, GV Sasinidu eked out over the latter. However, there was hardly a battle for the title ‘Pretty Girl’, as if the boys were confused whether their female colleagues were actually pretty. In the end, GV Ganeshiny was crowned as the pretty girl.

Apparently, GV Dasitha is the one who’s going to fill Lasith Malinga’s boots after his retirement, or as they say. And GV Tharindhi is so good at tennis that perhaps one day she’ll eclipse Serena Williams.

Another close battle commenced as both GV Ganeshiny and GV Thenuka were asked to go for the title. But, in the end, after so many arguments, GV Thenuka won and came out as the champion of procrastination.

Another duel took place, this time between GV Aloka and GV Tharindhi, and the latter was defeated and GV Aloka emerged as the winner.

There was no one to challenge GV Malmi, the ex-Gavel mom, as everyone agreed that she’s the most amiable one out of all.

It was a tie between GV Ganeshiny, GV Thenuka, and GV Malmi, as all three of them are excellent at delivering prepared speeches.

GV Aloka won yet again and it was mentioned that one can go through his entire day in his Instagram stories, quite typical of a professional model.

Apparently, GV Sasinidu is the best at giving evaluations as everyone referred to him as being a sage.

This is where everyone won. Each and every person was in fact wise when it came to their own expertise, or so they say.

GV Aloka won yet again as he added another rather unwanted trophy to his cabinet.

Then it was time to get one-on-one. As GV Anusith The Giant called out names and threw questions at each person individually, he made sure that it was quite hard for the person in the firing line to dodge the bullet. As a result, we got to know that,

Then GV Anusith got more savage as he showed some hilarious photos of these senior Gaveliers and asked each of the victims whether they had anything to say in defense.

Thanks to that we saw pictures of,

One would wish that the fun went on but, sadly, this is where the things concluded. It was indeed a riveting 2 hours, that everyone who watched, thoroughly enjoyed. Quoting GV Theshani, “Good things need to come to an end for better things to happen”, as we all embrace the end, and wait for the better things to come in the future.