“Your words can make you rich” 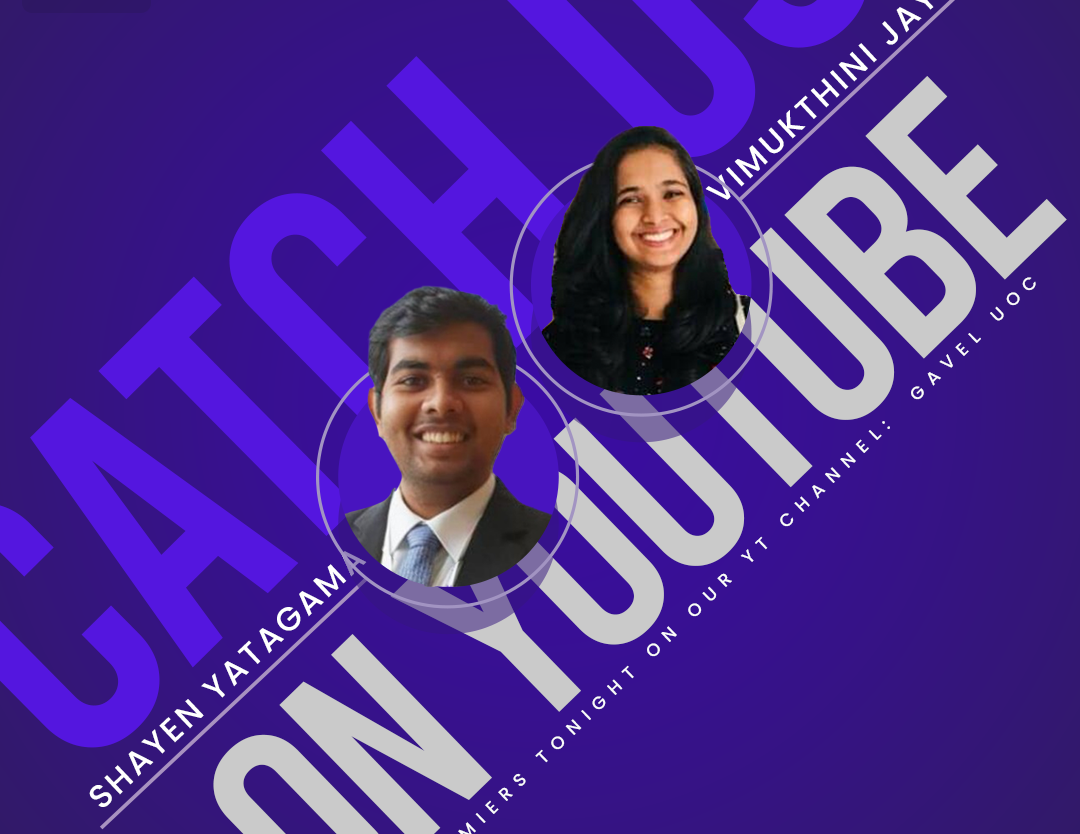 Once two friends helped each other and their friendship evolved over time where they both grew up, collected memories, and supported not just each other but also the family they met at Gavel.

They are non-other than Mr. Shayen Yatagama, who was the Junior treasurer for the term 2016/17, and Mrs. Vimukthini Jayalath who was the President of Gavel UOC for the term 2017/18, who together gave their fullest efforts to heighten the Gavel Club.

They recently joined one of our Journey Hotline interviews which is an initiative of the Gavel Club of University of Colombo to motivate and inspire the youth on public speaking. The duo gave us examples of how public speaking has aided them to deal with instant situations. They also shared their experiences on how much the Gavel club has supported them in their career.

Further, they expressed how public speaking can help in convincing each other and facing the situations of turning points of life where you have to speak up with confidence to express your idea or to persuade people in the right way.

If you are still an undergraduate, the skill of public speaking would be an important factor for you to build up your personality, because you get to talk in front of audiences during academic presentations or when pitching ideas at a competition. Also, when you go for an interview someday, you will have to have the skills to express yourself with confidence and persuade them to take you and explain why it’s important to take you as the ideal person for the vacancy.

So, what else are you waiting for? Why don’t you step out of your comfort zone and start your journey of public speaking?

Out of all the perfect bits of advice from the two of them, one that stood out was when Mr.Shayen said “make sure you practice before going to an audience”, which they both perfectly explained afterward giving examples from their own lives where they got over uncomfortable situations that arose due to not having adequate prior practice.

Keep practicing! Join Gavel meetings and try to take up table topics as much as possible. The first step is always the hardest. Just like the band ‘Dave Matthews’ once claimed, “To change the world, start with one step. However small, the first step is the hardest of all. Once you get your gate, you’ll be walking tall.”  As such if you can accept, you are sure to build up confidence and succeed in public speaking!