Recollections of ‘Avurudu with Gavel’ 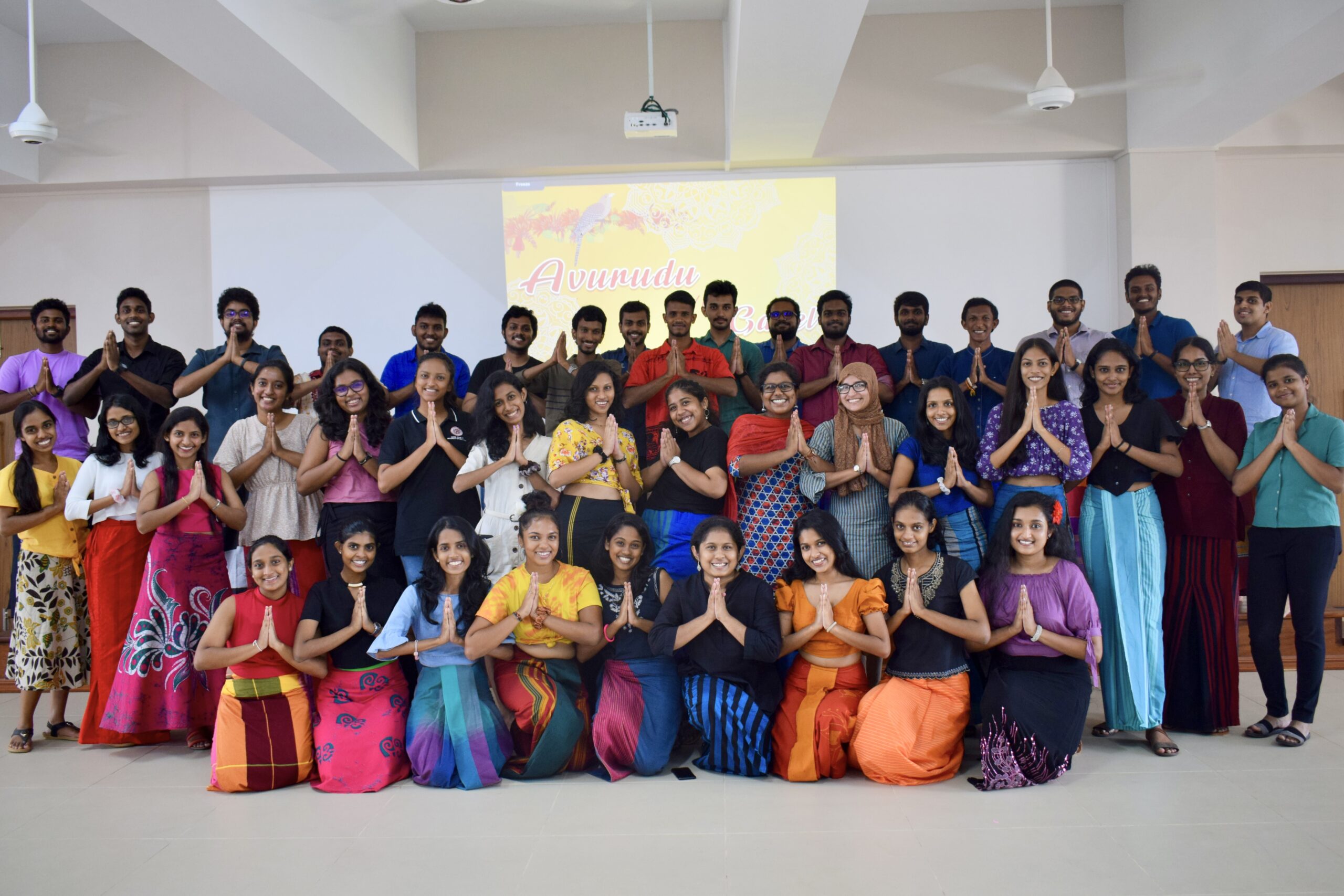 When you are with Gavel any festival won’t come to an end! On the 4th of May 2022, ‘Avurudu with Gavel’ took place at FOS Library premises with exciting and unique games, lots of laughter along with a great bonding time for our gaveliers. It surely gave recollections for all of us!

The meeting started with the open remarks by the president GV Susara and the controls were handed to the TMOD non-other than GV Ruwinda who did an amazing job.

GV Ruwinda explained his memories related to Avurudu and, walked us through his very first experience with Gavel which was also an Avurudu-themed meeting that was held last year. The clue to finding the hidden personality was given and as per that, it was someone who is not a Sri Lankan.

Next GV Saneru, the General evaluator of the meeting explained his role and introduced the TAG team, GV Saitharsan as the timer, GV Lakshan as the Ah-counter, and GV Pamudi as the Grammarian who came up with the word of the day “Recollection” that was mentioned 24 times!

The rest of the proceedings took place in Avurudu style. RRM, GV Sivamoyuri came up with a lime that took everyone’s attention and curiosity. During the Round robin session, the speaker had to include the word of the day if they couldn’t catch the lime that was been thrown at them. So yeah! That marked the start of the frequent usage of the WOD. Everyone recollected their memories of the best Avurudu they had so far.

After the exciting RR session, it was time for a pair game; ‘Cup wars’. Each time the game masters, GV Naethree and GV Amani mention the word ‘cup’, players had to quickly grab the cup that was on the floor. Out of two players, the quickest one won. After a very competitive few rounds, finally, GV Pramod triumphed as the winner. ( As fellow players say, this was thanks to his tactics in covering the cup as he leans forward so that the other player won’t even see it properly. However, according to him, he was focusing on winning and there was no cheating at all)

Next up is the ‘Table topic එකට තිත තැබීම’ that was executed by GV. Nanduni where all the speakers got a chance to speak up on some entirely unique topics. The audience was able to witness marvellous speeches by GV. Sankaja, GV. Abdullah, GV. Samadhi, GV. Piravena, TM. Ramalka, GV. Kavindya where some of them shared their childhood stories while some were praised for their outfit.

Moving on with the games, it was time for the “Balloon sit” that was moderated by GV. Michelle and GV. Nanduni, where each team had to blow balloons by sitting on them. The fastest team won. The winning team was awarded a prize.

Next up is the most anticipated moment, selecting Gavel අවුරුදු කුමරා/කුමරිය which was conducted by our TMOD GV. Ruwinda.

Thanks to the twisted questions asked by the judges; our very own veterans, TM Ramalka and TM Uditha, the audience was able to witness beautiful dances, catwalks along with a romantic demo proposal with an umbrella.

While the selection was in process, the General evaluator and the TAG team gave away their detailed reports. GV. Naethree and GV. Thenuka gave comprehensive evaluations on Table topics.

Towards the end, it was time to reveal the hidden personality, and everyone guessed it right! It was GV. Dasuni.

The most anticipated අවුරුදු කුමරා/කුමරිය results were about to announce and we had the same results between GV. Naethree and GV. Mindya from people’s choice. Again our judges were called to select one. Finally, after an emotional few moments of silence between the two, GV. Mindya has crowned as the Gavel අවුරුදු කුමරිය by GV. Dewmini whereas, on the other side, අවුරුදු කුමරා was GV Sahan who was been asked some intense yet manageable questions by GV Susara. He was crowned by the Past අවුරුදු කුමරා, GV. Sanjula who shared his words of wisdom from being the අවුරුදු කුමරා for the past year.

The meeting came to an end without even realizing it. The meeting was adjourned by GV. Susara appreciating the hard work of GV. Dasitha and GV. Ruwinda for coming up with fun-filled Games along with role players, game masters and those who helped to make the meeting a success.

Plain-tea session was carried out with all types of snacks from biscuits to cakes to ‘sewanagala thala’ and some were a little more enthusiastic about weird combinations of food that were literally hard to explain how they called those edible.

All in all, it was an amazing meeting to recollect.

Kudos to each and everyone who has put their efforts to make this a remarkable event!