Not to mention it was scrumptious 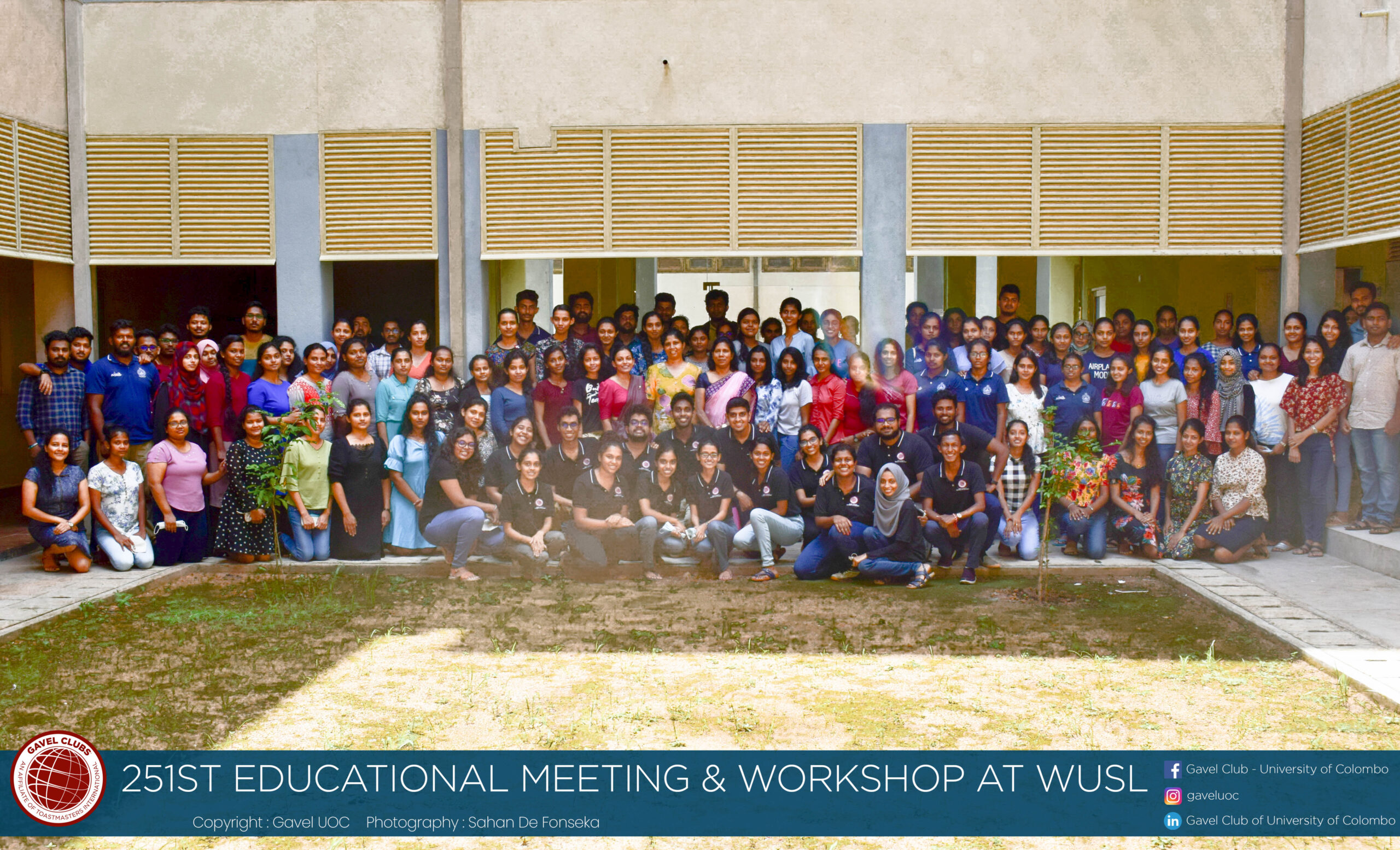 It was the 27th of April. The day began with the first light of sunrise. We all gathered at the university where we were willing to take free transport from the University of Colombo to the Wayamba University. The journey wasn’t supposed to be a trip, but it was. This was an acceptance of an invitation to do one of the workshops onsite.
The trip was accompanied by the singers along with our very own guitarist GV. Susara with his guitar where we could sing halfway of a collection of songs. The snacks on our way added the taste to the journey. Finally, we reached the Wayamba university before the occasion started. Dr. Thushanthi and Dr. Harshi Gunawardena gave us a warm welcome.
The occasion started off with the welcoming by the Dean of Livestock fisheries and nutrition, Prof. Chamila Jayasinghe. The controls were next handed over to our President, GV. Susara where some important facts about gavel educational meetings were mentioned. GV. Dewmini and GV. Piravena took off the session to break the ice with two games namely “Passing the Hat” and “Pata Pata Pata”.
As the name suggests the “Passing the Hat” game went on passing the hat with the background music played, in which the person wearing the hat at the time of music stopped had to stand up and introduce themselves along with a weird fact about themselves.
Pata Pata Pata which is an invention of GV. Piravena took place next, where particular actions were introduced for the words Gavel, Ladies, and Gentlemen. The gathering enjoyed doing actions when the words were repeatedly said.

After a blissful session of ice breaker games, the educational meeting got underway. The TMOD, GV. Dasitha introduced the theme of the day as “Food from our past” opening up the stage for all the foodies + speakers.
The controls were handed over to the General Evaluator GV. Sanjula. The TAG team comprised of GV. Saneru, GV. Pamudi and GV. Hasna was introduced. The WOD was given as “Scrumptious” which means delicious.
Round robin session was taken place next. The session was conducted by the Gavel mom, GV. Nipuni where suggestions from glucose to cream crackers to vanilla ice cream with chocolate cake were recommended as the study snack.
For the table topics session GV. Naethree came up with interesting foody topics. GV. Lakisha could explain how he has been making connections with friends and teachers using Marie biscuits over the time since childhood. Grabbing everyone’s attention, GV. Anushka stepped onto the floor to take all the spectators to his grandma’s village and her unforgettable Kewum taste made with Grandma’s love.
The vital part of the gavel meeting, the evaluations session was on the line next. GV. Chandula and GV. Dasuni voiced their ideas to motivate the speakers mentioning what was good about their speeches along with suggestions to improve themselves.
To break the monotony GV. Naethree headed over to the stage to introduce ‘Charades’ where everyone was busy guessing. After a high-spirited gavel meeting, President concluded the educational meeting.

GV. Ruwinda stepped onto the stage to explain about his Gavel journey inviting gaveliers to comment on how the day has been. Although the commenters lined up one after another it was with great pity that GV. Ruwinda had to rush through under time constraints.
Finally, the concluding remarks of the Inauguration ceremony of the Gavel Club of the Faculty of Livestock Fisheries and Nutrition were given by Dr. Thushanthi.

Conforming to the gavel custom all lined for the Group photo on the ground floor. After waving goodbyes, the team headed back to the central.
The full songs were sung on the way. Had a scrumptious meal next to a lagoon. This day was another memorable chapter added to the gavel history book with lots of experiences.