Gavel Under the Sea 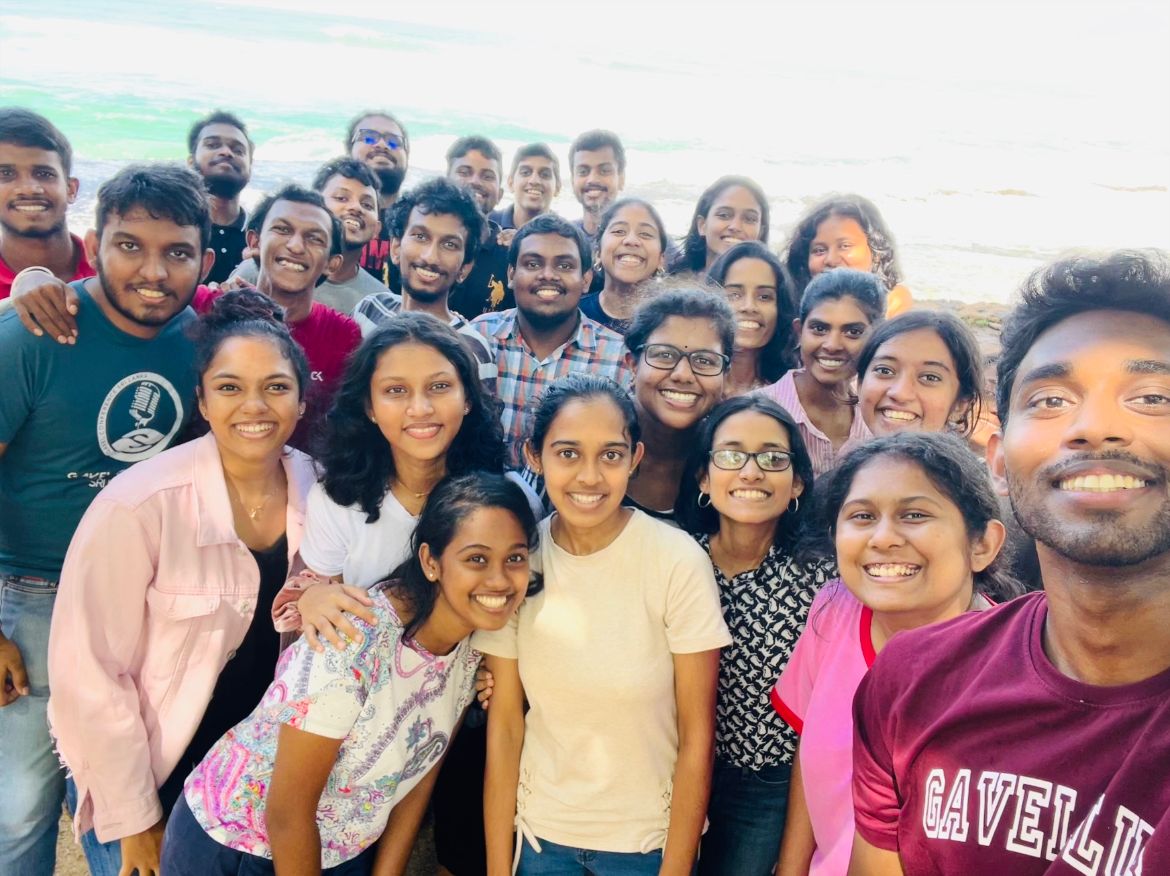 It all started on May 6th, a Friday night with a WhatsApp group called “Gavel Trip ’22”. All the gavel people were calm and quiet except for 13 gaveliers chosen from a volunteering request, who knew something super exciting is going to happen in the upcoming weeks. A countless number of ideas were flowing through the group in different locations all around the “world” to be fair. The initial plan was to put the trip onto the 10th or 11th but the unavoidable difficulties in the country did pull back the date to the 22nd. Swinging around the hikes, adventure parks, water rafting, paintball, resort day outs, and even foreign tours, we finally thought of going on a beach outing. The next big question was, “WHERE Exactly”? Since most people wanted to go on a foreign trip as well, we anchored the place as “Galle”. After fixing the destination and the date it was all about finding transport and food and finalizing the budget.

The budget was created by our very own president, with the help of the equation,

Invented by himself. Michelle Looked into transport and at the same time, Pamudi and Dasuni looked into food and activities at Galle. As suggested by them, we decided the final places to be as “Thalpe beach” and “Galle Fort”.

The real struggle started when confirming the participation. With the short notice and the prevailing situation in the country, the participation count (Alpha – a) was a slow increase. Somehow, we managed to gather around 28 amazing souls just before the trip day for an unforgettable journey.

On the day itself

The day started pretty much in a weird way, both myself and Susara trying to find a tennis ball (Which was later, thrown into a False Pineapple tree as soon as we hit the beach) at 2:30 AM in the morning while there is literally 3 hours left to sleep.

The bus took off from the university premises at around 7:00 AM with all the excitement and energy pumping through our veins. As the journey Progresses along the road, the music sessions began. At a certain moment, there was a battle between girls and boys for boot songs vs baila music. (Boys won though 😊). Music varied from Sinhala, English, and even to Tamil and Hindi as well. There was this one time when the back seat boys got together and recreated the whole human life cycle using songs as a nonstop hit. After getting out on the highway we straight away went to Thalpe Beach. Everyone was super excited to dive into the natural sea ponds.

We stayed in the sea for about 2-3 hours. Few experiments were made in those hours which included; Michelle trying to jump off from a swing straight into the sea, Naethree hitting Nanduni in the head with her BOTH LEGS resulting in a long fall into the sands upside down, Michelle finding a secret passageway under the sea which can be used to move from one pond to another underwater, which was followed up by Ruwinda and literally everyone that was there when it was discovered. Sahan successfully managed to get bitten by two (or more) sea urchins while literally most of the boys’ got cuts and bleeds on their feet and hands. After a few boomerang failures, we headed back to Galle town for Lunch. I am not sure about girls but few boys lost their garments on the way back and few enjoyed the taste of salt (if UK, UK).

We had our lunch at “Sahana Beach” and a few of us had the privilege of having a few homemade thosai from Sai. Mandatory but unspoken video clips (Palm covering videos to be specific) were made at the place too.

Our next stop was the ancient Galle Fort. Dasuni and Pamudi took the responsibility of being the local tour guides for us at the Fort. We surely did see the “School” both of them attended and a few other not so important places such as the lighthouse, museum, etc.

Then came the most awaited session of the day, Gavel Cricket Encounter. Teams were divided each led by Susara and Pramod which included Chamishka, Pansilu, Piravena, and Michelle as the female players. The Team led by Pramod managed to score 58 runs (they were proud of that score only for a couple of minutes) in 7 overs, which included a 12-ball over by Sujith with 6 wides. With a target of 59 runs, the challenge of maintaining the net run rate in order to be selected for the Play-offs Team led by Susara came to the middle of the crease. Both Openers Susara and I managed to finish off the match by getting over the line without any wickets falling, in just 2.5 Overs. Records were made on that evening by Susara, Scoring the fastest 50 recorded in the Gavel UOC history just by facing 14 balls. However, as the president later mentioned during the post-match presentation the real Man of the Match was Sujith who helped with raising the target above 50 with his not so “Extras”.

On the way back from fort, Gavel ladies made an International TikTok debut, live on top of the Galle fort. While traveling back home from Galle to Colombo, a truth or dare session was started specifically to find out about the secret romance of President Susara. Soon it turned into a Tamil music jam session. As the night closes in, everyone arrived at their respective homes safe and sound. Every single one of us had a moment to cherish that wonderful day. It was a heck of a day filled with countless fun and joy and most importantly a day to remember for all the years to come.