Memories are the Fabric of Life 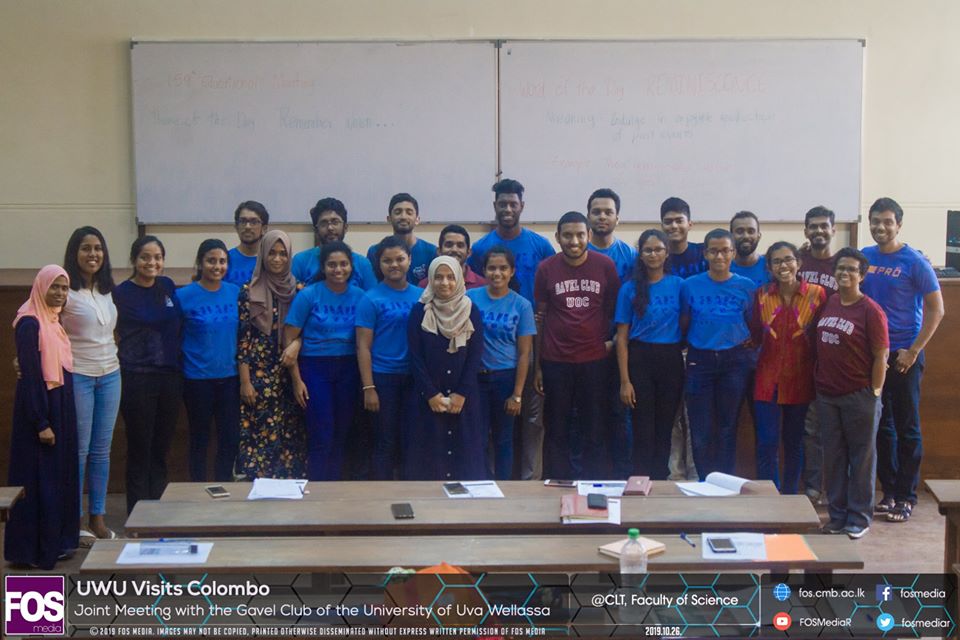 On 26th October 2019, the Gavel Club of the Uva Wellassa University visited the University of Colombo. At around 10am, a group of Gaveliers from UWU, cladding light blue t-shirts, arrived at the CLT in the Faculty of Science. The President of the UOC Gavel Club, GV Uditha Weerasinghe warmly welcomed them and asked them to settle down. Before commencing the meeting formally, he asked the members of the two clubs to mingle, to nourish the friendship. He initiated the functions of the meeting and introduced the Toastmaster of the day, GV Shamla Naleer. Moving on, she announced the role players and presented the theme as ‘Remember when’ and gave a brief introduction to the theme of the day. The theme offered the opportunity for many of the Gaveliers to look back fondly on their teenage years- in particular the books, music, cartoons and films they grew up with.

Three Ice Breaker speeches were scheduled for the Prepared Speech session. GV Shukra, GV Imara, and GV Suminda introduced themselves and they fascinated the audience by explaining interesting aspects of their lives.

The Table Topic session followed in the agenda. Being the Topics Master, Gavelier Kaumadi attracted the attention of all the Gaveliers by giving uncomplicated topics, for the Gaveliers to come up with their impromptu speeches. GV Sasinidu and GV Chathura evaluated the speeches, giving their positive and negative feedback.

In the last chapter of the meeting, the role players read their forthright opinions and evaluations. The President of Gavel UoC, GV Uditha gave the opportunity of adjourning the meeting to the President of the Gavel Club of the Uva Wellassa University, GV Chamodi Wewelwala. In the last minute, the UOC Gaveliers were inspired by her invitation to go for a hike in Badulla and to hold a joint meeting at a peak of a mountain. After the meeting was over, Gaveliers of both clubs headed to have lunch and created priceless memories in their Gavel diaries. They renewed and made new bonds in the Gavel community, and did not forget to take snaps to hang on to the memories a little longer.