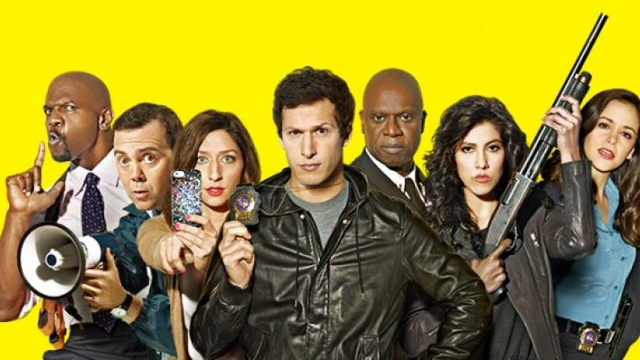 Okay! Before you start reading- my fellow detectives- I want all of you to click on that audio file below; let’s do this in the 99 style! Severe warning- you might dance a little bit.

So what exactly happened that day? Well, a lot of unexpected things happened, to be honest. So allow me to recap the moments of that exciting day!

If you are a Jake-Santiago fan, you probably know that they had a baby. (what else can we asked for, as die-hard fans of Brooklyn 99! I was waiting for this to happen from the first episode of Brooklyn 99! But don’t mind me, let’s get back to the meeting shall we) and because of that cute chubby baby, Brooklyn Nine-Nine needed a new recruit to cover Amy’s place ( at least temporarily), and that’s where our joint meeting with KDU Toastmasters comes into place. The whole purpose of the 184th meeting was to find the next best recruit of Brooklyn 99. And this responsibility was given to our TMOD TM Yasindri. Since there were so many detective-material Gaveliers and Toastmasters present at the meeting, TMOD had to come up with a plan to figure out who had the best detective mindset among us. Want to know what our TMOD had in mind to find that detective? Jimmy Jab! Yes, you read it right- we played the Jimmy Jab game in a virtual platform to find the ultimate detective-slash-genius among ourselves!

The game included 3 rounds – Round Robin, Table Topic, Surprise Round, and also a series of questions that jumped on us to test our IQ. If you want to know what those questions were, stick around- I’ll put them somewhere in the article.
Okay, the first round was Jimmy Jab Round-Robin, where our detectives had to tell the others why they think they are the best detective. It was a tough round for the judges to decide the winner. So they threw us one of those random questions I talked about earlier. And the first person to answer that question won bonus points at the final round. The question went like this:

Before going to the next round, there was a line of CC speeches to cover. So we put a halt to the games for a second (pun intended) and gave our talented Gavliers and Toastmasters the virtual stage. But the TMOD’s mission was carried on a low keynote. After each CC speaker finished delivering their speech, TMOD threw other detective-style questions to find the best and the brightest cases in the house. Here are the questions

(again try to find the answers, my fellow detectives. I’ll put the answers at the end of this article. No cheating guys- don’t go straight to the answers)

Even though next in agenda was the Table Topic session and not the Surprise Round, our detectives got the real surprise there. (The Surprise Round was surprising but not as this!) Remember the rules for the questions our TMOD gave us? The first person to answer will receive a bonus point to get to the finals. It turned out that they were actually collecting names of the Gaveliers and Toastmasters who were taking part in the Table Topic Session (who saw that coming!) and the luckiest and the brightest detectives, Aloka, Thenuka, Susara, and Saseni got the chance to become the finalist and give Nine-Nine style speeches for 2-3 minutes.

The surprise round was a voting round for the finalists. So all the detectives present at the meeting voted for the person they thought would make the Best Detective. After 5 minutes of tense voting, the results were out!

And the winner of the Jimmy Jab game was Detective Aloka of UoC! On top of being recruited as the next 99 detective, he also got recognized by the KDU Toastmasters Club as the Best Table Topic Speaker of the meeting!

After that, strict evaluations were given to all the CC speakers and the Table Topic speakers. With that, the hunt for best detective came to an end. Even if we have a Brooklyn 99 meeting or any other meeting, there’s one thing that we don’t miss for sure. Yeah, you guessed it right- plain tea! The ‘chilling time’ began with the two Presidents adjoining the meeting. Then we spend another two hours gossiping around and cracking jokes before we finally finish the plain-tea session. Overall it was one of the funniest meetings we ever had, so I hope we will get to see our fellow KDU detectives next year as well!

Until next time my fellow detectives,
Your Gina editor,
Ishani Senadhipathi.
NINE NINE!! ( not a doctor .shh)