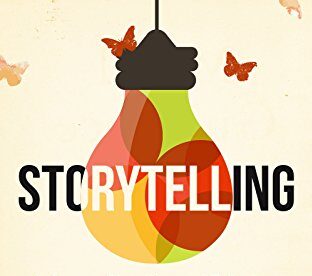 “If life is a book. There are a thousand stories I have not yet read.”

People are made up of stories. Stories that we have lived through. Stories that we have heard or read. Stories that we borrowed from others and made our own. Any such story can be included in public speaking, and through those, we can always deliver a strong message to the audience. This is such a story, that I have utilized in terms of completing my CC3. Let me elaborate on how we can incorporate storytelling in a speech.

I’ve learned this story, nearly 3 years ago and it has stayed with me. Have you heard the story of Angulimala?

Angulimala wasn’t always known by that name. He was called ‘Ahinsaka’ when he was a student of the Disapamok. He was a bright student. So bright, that even the Disapamok grew jealous of him. So he told Angulimala to go and cut 100 fingers off of people and return. Which was exactly what Angulimaala did and he wore the fingers he cut around his neck. Which gave him the name “Angulimaala” – finger-necklace. When Angulimaala had 99 fingers and he was searching for the 100th finger he ran into Lord Buddha. Angulimaala chased after Lord Buddha to get that final finger and while chasing he shouted, “STOP”. Lord Buddha turned around and said, “No, you stop”. At that moment, Angulimaala stopped, he realized all he had done. He changed his ways. Became a better person and even attained enlightenment.

This brings me to the 4 lessons that I learned from this story 3 years ago.

“Jealousy can affect anyone”.

Angulimaala was so bright that even the disapamok grew envious of him. The disapamok is one of the wisest men of the village. If even he fell into this trap of jealousy, what’s stopping you and me? But, we can overcome jealousy by always having our guard up against jealousy. When you feel those jealous feelings creeping up on you. Cut them down. Understand that they are jealous feelings. Instead, be curious, to find out why he’s more successful than you are, why she’s doing better than you, and learn from them to be better yourself.

Angulimaala was a bright student but when the Disapamok told him to cut off 100 fingers of people, he followed that order. When he knew that it was wrong. Always question why. Always analyze. Never follow blindly.

Don’t believe everything you hear. How long do you think a dead man’s decaying finger can hang around your neck? And how do you think you can stand the smell of 99?

Stories will always have embellishments, to make them more attention-grabbing, attractive, and interesting. But, they are still embellishments. Extra effects. Weed them out.

Just like Abraham Lincoln said, “Filter all you hear on a screen of truth”.

When Angulimaala chased behind Lord Buddha and he shouted “Stop!”, all Lord Buddha said was “No, you stop”. Those words were enough for Angulimaala to realize what he was doing. Those words were enough for him to change his ways and become a different person. Never underestimate the level of another person’s wisdom. Maybe one word of encouragement was all a person could ever need to become the best version of themselves.

This brings me to a final request.

The ones you have lived through. The ones you heard or read. The stories you have borrowed from others and made your own. Because you never know, who you might inspire. And maybe they will come back 3 years later and do a CC3 about it.

Let me end with one of my favorite quotes from an all-time favorite author. “If life is a book, there are a thousand pages I have not yet read.”