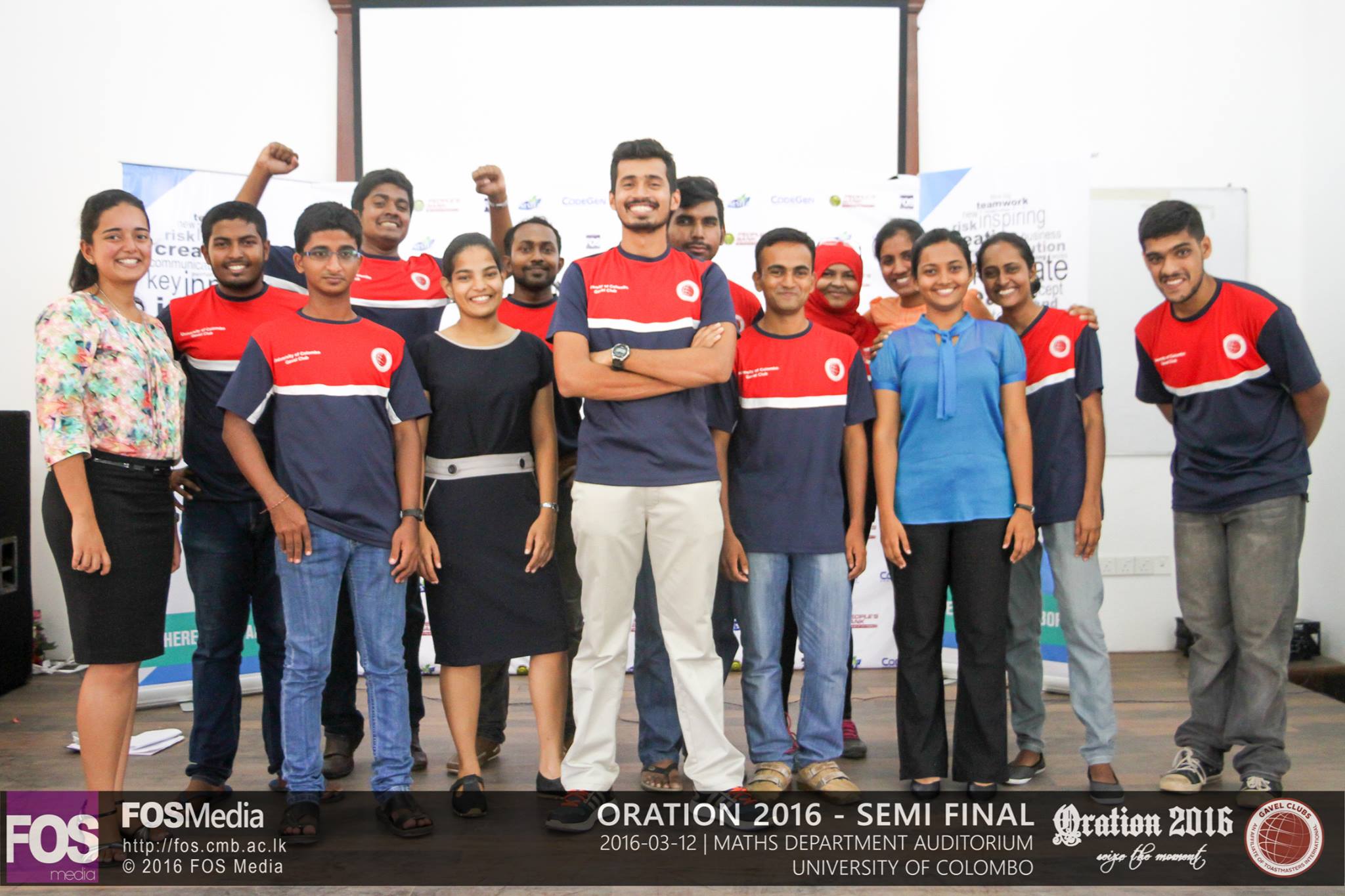 As the Project Chairperson of Oration 2016 – here are some lessons I learned and applied throughout the organization process.

You need to keep in mind of a few things here:

Now you need to keep mind what I had on my shoulder: I was under depression over the past few months over a personal matter, where I had to quit something I loved doing over internal politics. I forgive them now – and I have moved on. I will always be the better human being – I kept telling myself. Lord Jesus has done it, Prophet Muhammad has done it, Nelson Mandela has done it – so why can’t I? I’m grateful to my mom who took me to counsellors and they helped me get back to my senses. Otherwise I had many mental breakdowns where I would end up in tears thinking I am a big failure. I have to repeat nine credits worth of subjects from last semester. Yes – and these are all Physics subjects. This semester I have 21 credits – so which means I am doing an entire year’s worth of work in my semester exam. Not to mention my research project for the Final year. Everyone knows how big this is. I might be the dumbest students in the Department of Physics. I hear people complaining when they couldn’t be batch top – my story was completely different.

Why would someone like me – even think of organizing Oration 2016? The club is very young – and I was one of the seven members who were there at its inception. We can’t ask the batch below us to do it – because they were very new to Gavel. It’s a big risk for the club but if we didn’t do it this year – it will never happen. Sounds cocky but – trust me it’s the inconvenient truth. University of Colombo is a very backward society – and they will never believe in the impossible until someone does it and shows it to them. Other than for my academics – I have a gut feeling that my passion and dedication towards something I love doing, cannot be near anyone (that is a Universal truth).

I am not afraid of GPAs and failures – and I felt it was my time to rise from the ashes. I will leave a mark that can’t erased by space nor time – from Jay-Z’s song “Forever Young”. You see when I do things – I do it in such a way that no one can tell me that they could have done a better job than me. At the same time – I will make sure that the person after me, will take things even higher.

I see myself as a leader when I create leaders who can do better than me after I’m gone. Unlike most seniors who tell their juniors “Pulawan nam apita wada hondata karala pennapan” (We dare you to do it better than us) – I will always be proud if my juniors do it better than me. Like parents who are proud of their children – I will show the same love and respect for them. I don’t want people to say that this was the Golden era of UOC Gavel. Every year of Gavel will be Golden and better.

How can Gavel be as recognised as the Rotaract Club or the Aiesec Club? How can we make the Gavel Club a household name for every undergraduate?

I was recalling a Gavel Installation I went for in 2014 done by J’pura and I heard the secretary say that their club was dead for many years – and it was revived when they did Speechmaster 2014. That was our answer. We organize Oration 2016 – and it will create tectonic shifts in the University landscape.

People will know about the club – they will recognise the Gavel Logo. This will strengthen the bond within our club and change so many people’s lives. It will be a domino effect – reaching out to so many people and we will be one of the greatest clubs. The underprivileged child will be a sought after person after he steps into the Gavel Club – that’s the type of branding we need to give our club.